Do you use emojis in marketing? 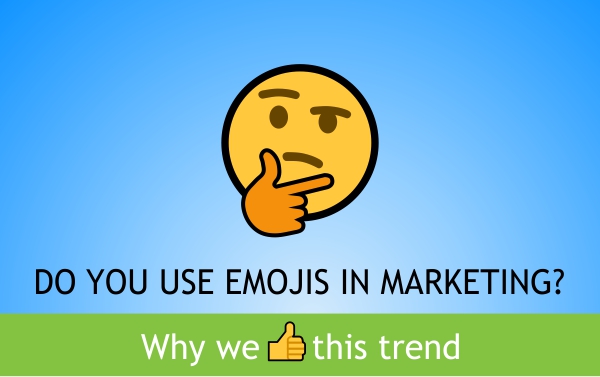 If I’m being honest up until recently emojis are not something I’ve personally used or been particularly fond of.  I’ve seen them as a little bit childish and certainly hadn’t used them in professional or personal posts.  Interestingly enough, Mary recently had a conversation with a client about emojis being childish.

A few months ago, my wife and I were looking to book a holiday and happened to notice a Facebook post from a travel company who were using emojis in their posts. A recent example is shown below. 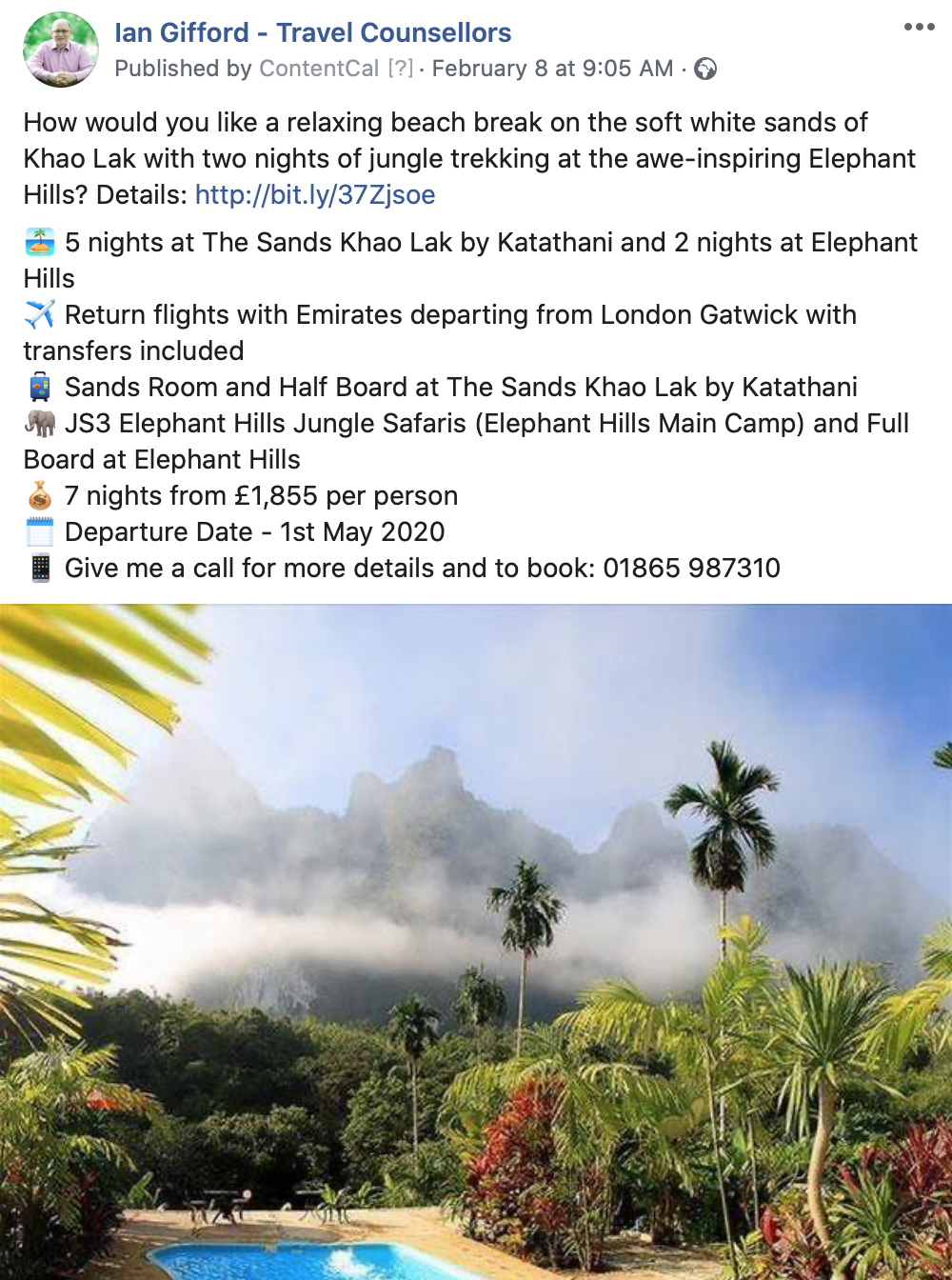 The use of emojis as bullet points is a simple but effective way to catch a browser’s eye and more engaging to read than a long paragraph. This style wouldn’t suit all businesses and I wouldn’t recommend adding emojis to every post, but they do add an eye-catching point.

So, for the past few months I have been thinking more about emojis and how they have become a part of our lives. I started to research some stats about emojis, and I was surprised in what I discovered. 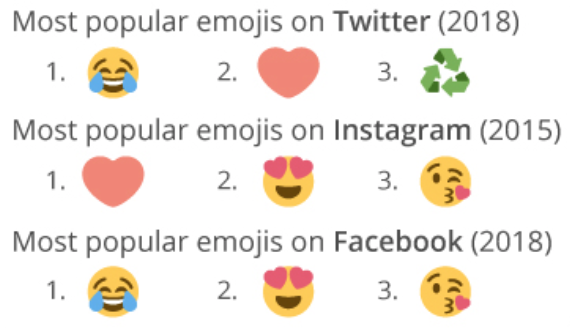 The great thing about emojis is it doesn’t matter where you’re from or what language you speak as they are universal. A smiley face has the same meaning in Moscow as it does in Madrid. The popularity of emojis is seemingly only going to increase with 4 out of 10 millennials preferring to engage with pictures than with text.

If you struggle to understand what each emoji means, Emojipedia is a great website. Simply scroll down and click on each category and you will see each emoji with a description of what they mean. This site is continually updated with the latest emoji additions. 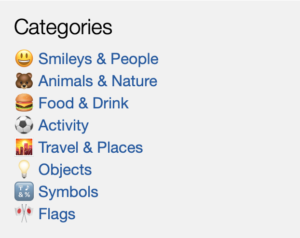 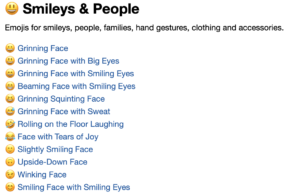 Google has recently launched some ‘Emoji Kitchen’ mash ups for Android “which provides users with new mash-ups of different emoji characters, which they can use as alternate responses.” 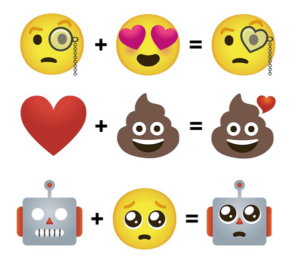 Should I use emojis on all my social media channels?

You will probably need to experiment and work out where your audience are engaging with your emojis. You may find an increase in engagement on Facebook by adding emojis to your post (we have with many of the client’s posts we manage) but you may find that there is no change to your engagement on Twitter. It’s important to use appropriate emojis with the subject of the tweet / post you’re creating. Think about your audience – will emojis be appropriate and relevant to them? If so, do they add anything to your post / tweet?

I would also be wary of using emojis too much. You don’t want to run the risk of all your posts looking the same. Make specific posts stand out by using emojis to draw the attention of the reader.

You may decide that only certain emojis are relevant and that you will choose from a small number of them for your posts and updates.

Do you use emojis in your social media marketing? Would you be looking to use emojis in the future? Do let us know your thoughts in the comments section below.