Why you need to consider using Twitter this year 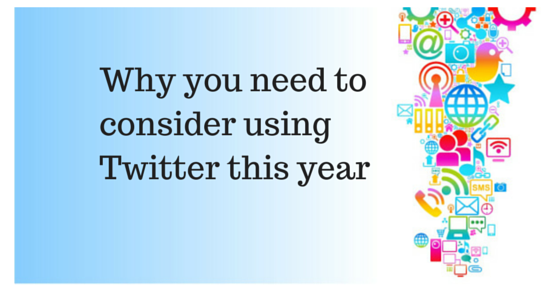 Since I started using Twitter in 2009, I have found it both a fascinating and important tool to use. As a small business, why wouldn’t I want to use a tool that allows people to recommend us publicly to lots of people who we don’t know or aren’t doing business with?

Here is a selection of positive tweets about us in the last few days. These individuals have 1,828 followers between them – but then consider if I share each of these kind compliments to my 5,500 followers – these comments quickly create a good brand awareness about @concisetraining.

On top of this is the many Twitter shares I have had to a recent blog post about the Nimble CRM. For me, Twitter becomes a bit of a ‘no brainer’ to add to our marketing mix.

However, this year Twitter is going to become even more powerful. When I first started using Twitter in 2009, tweets showed up in Google search – but then Google and Twitter fell out and tweets were no longer welcome! However, Google and Twitter have become friends again and “in the first half of this year” tweets will appear in Google search results according to Bloomberg.

So if you are looking for somewhere to eat – or a Twitter course – on Google, real time relevant tweets will appear. How powerful could that be? It will, of course, be even more important that you engage with your customers and keep the conversation positive!

Will it change your use of Twitter? Let me know in the comments below and do say ‘Hi’ on Twitter at @concisetraining.

Want to know more? Take our Twitter E-Learning course to learn how to make the best use of the channel.