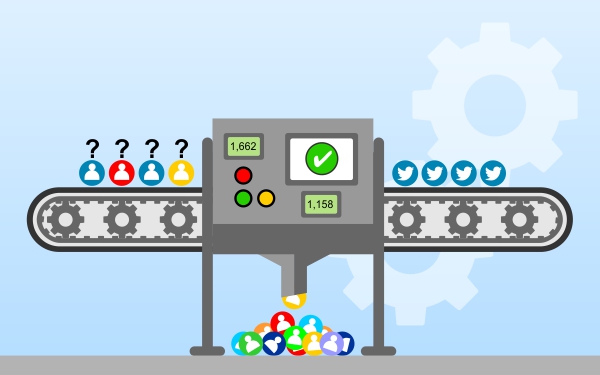 You may have noticed that you have recently lost some Twitter followers. At Concise Training, we have noticed our followers have reduced by approximately 150. Celebrities with a high number of followers such as Barack Obama and Rihanna have seen their followers reduce by hundreds of thousands. But why have we seen follower numbers decrease?

In July, Twitter started to remove accounts that it saw as suspicious. Accounts that were spam, bots, fake accounts etc were removed by Twitter. They have also targeted accounts that have been previously blocked and then never unblocked. For example, an account may have been blocked due to suspicious activity such as an unauthorised login attempt. Twitter would inform the user that their account had been blocked and would require the password resetting. In some cases, the user would never reset the password and the account would still appear in users’ follower numbers.

We’ve all seen the Twitter accounts offering to increase your follower numbers for cash by cloning existing user details and creating fake Twitter profiles. You would be surprised how many people inflated their follower numbers by using this method. They will have seen a reduction in follower numbers as Twitter starts to close down these fake accounts.  Have a look at this article from the New York Times about a small company in Florida that sold fake followers to hundreds of thousands of Twitter users including models, politicians, actors and authors.

The process of removing tens of millions of accounts from Twitter is one of the many steps that the Twitter hierarchy is taking to make Twitter a much healthier social media channel.

What can you do to gain genuine Twitter followers?

Of course, it is much better to gain genuine Twitter followers who want to follow you and are interested in what you say.  To do this:

Have a look at our Twitter for Business online course to learn more – or if you don’t want to do it yourself contact us to find out about our Twitter management packages.

Have you seen your Twitter followers reduce? Which further steps would you like to see Twitter take to enhance the platform? Do let us know your thoughts in the comments box below.