Why You Should Upgrade to WordPress 4.8.3 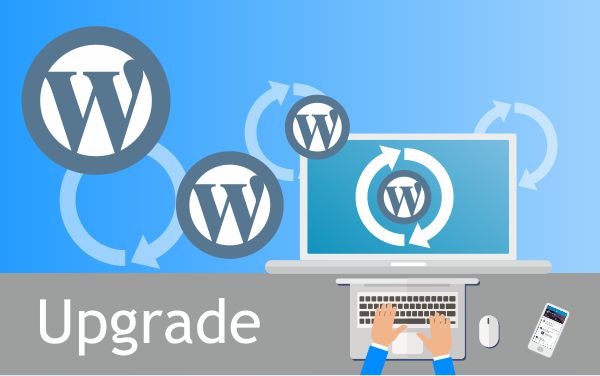 We haven’t written about WordPress for a little while and there have been a number of new features added this year so we thought we would give you a quick roundup of some of the useful features that have been added recently.

In early 2017 WordPress released version 4.8 of its popular website and blogging platform. This came with some long-anticipated improvements which included several patches for security vulnerabilities and several additional features that previously you had to get via plugins.

Version 4.8 comes with several very handy updates to the handling of media including widgets for images, videos and audio. It is hard to believe that it took so long for an image widget to become part of the core functionality of WordPress. This was something that many people added to earlier versions through plugins (Jetpack for instance) but in version 4.8, the image widget finally appeared with WordPress “out of the box”.

This is a basic widget which lets you add an image to a widget area of your theme: 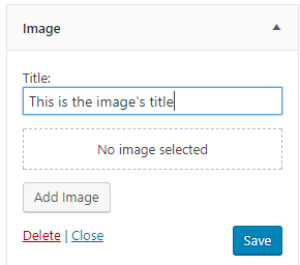 Clicking the “Add Image” button takes you to the familiar media library to select or upload your chosen image and this is what it would look like in the sidebar (Satori theme) with an image selected: 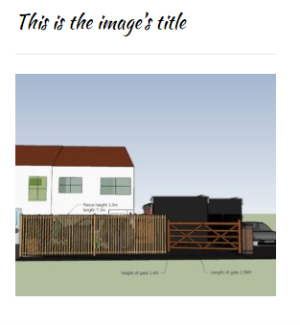 You have been able to embed YouTube videos into a WordPress post or page for some time. This was simply done by pasting the URL of the video onto a separate line using the visual editor making sure that the URL is not hyperlinked. WordPress is clever enough to work out from this that you want to display the video at this point.

What if you want to add a video in a widget area of your website such as the sidebar or footer? This was more complex until the introduction of the video widget in WordPress 4.8.

The video widget looks very similar to the image widget: 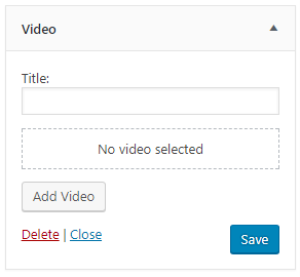 Clicking the add video button will take you to the media library. Here you can choose a video file that you have uploaded to the library or (better still) choose to “insert from URL”. The widget can show videos from YouTube, Vimeo, Facebook, Instagram, DailyMotion and in fact any of these video hosting services.

If you want finer control over how the video displays you might want to think about using a plugin to do this but if all you want is a way to display a video in your sidebar then this is the easiest option.

As well as the Image and video widgets, WordPress 4.8 introduced a new Audio Player widget which makes hosting clips and sound files a doddle.

Again with minimal options, the audio widget looks just like the other new media widgets: 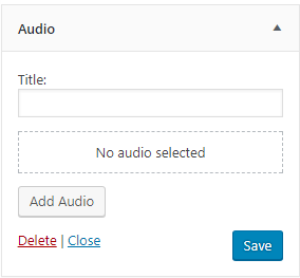 Clicking add audio takes you to the media library and you can then choose to upload an audio file or let somebody else host it and choose “insert from URL”.

Changes to the Text Widget

The text widget has been the go-to option for website developers looking to add media or links or stylised text to a widget area for some time. The problem was always that you had to know your HTML coding in order to use it to its full potential and styles had to be applied to the text using CSS so you needed to know what you were doing with that too.

The new text widget in version 4.8 of WordPress comes with Rich Text Editing and a mini version of the visual editor so now it is easy to style your text and add links etc. 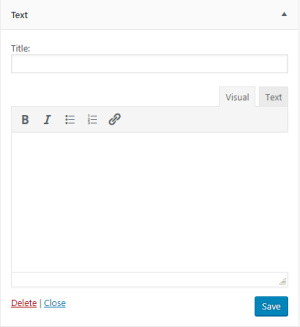 There is still the option of adding HTML code if you switch the editor to the “text” version but this is no longer the widget for that as there is also now a fantastic new “Custom HTML” widget for this. If you insist on continuing to add code to the new text widget you may fall foul of the annoying habit of the WordPress editor of stripping out code that it doesn’t recognise if the editor is switched between visual and text mode. 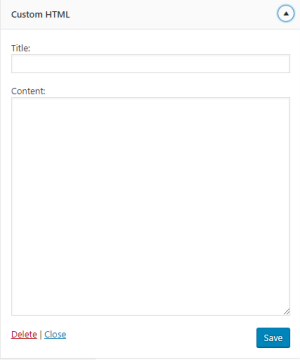 There were some initial hiccups with the introduction of these widgets in the WordPress core but we are now up to WordPress 4.8.3 and most of these have been sorted out now.

We would love to hear about how you have made use of the new widgets on your site and let us know in the comments if you have experienced any issues when using them.

Would you like to learn how to use WordPress to create a functional and engaging website? Have a look at our WordPress for Websites Online Course.