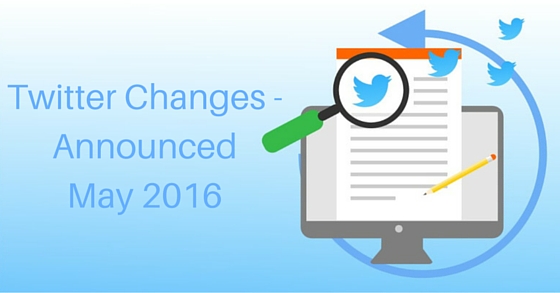 A number of significant changes to Twitter are being rolled out over the next few months:

Up to now, if you wanted to mention somebody at the start of a tweet (say in a reply) but still have the tweet seen by anybody who followed you, it was important to use characters before the @username.

If you just said “@username…..”, your tweet would only be seen by people who followed both you AND @username.

According to Twitter, the latest changes mean you will “now be able to Retweet it to signal that you intend for it to be viewed more broadly.”

Now when you write a new tweet you can start it with a username and it’ll still show up in your follower’s timelines like any other tweet would.

If you want a reply (starting with @username) to be seen globally, you will have to Retweet it to signal that you intend for it to be viewed more broadly.”

Twitter is allowing time for 3rd party applications (like HootSuite) to integrate these changes so the changes will be introduced one at a time over the summer.

Once we see how it works in practice, we will be sure to let you know.

What do you think of the latest changes?  We are busy incorporating them into the latest update of our Twitter e-learning course 😃 to be released on 1st July!