Not so joined up social media marketing 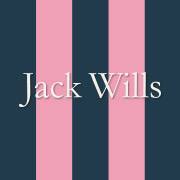 My teenage daughter is a big fan of Jack Wills – the clothing store – and I must admit so am I, as a mother. Although the clothes are pricey, they are easy to wash and last for a decent time. So Jack Wills generally features on my daughter’s lengthy Christmas and birthday lists!

I hadn’t got round to thinking about Christmas yet – though I have recently been handed a first draft of her list by said daughter! Last Saturday, my daughter emailed me a voucher from Jack Wills with the message “Sorry for the problems with our website, here is a 25% off voucher to spend this weekend online or in store”. I hadn’t known that there was a problem – but bonus – I’ll get to save some money – or perhaps appear to be more generous than normal!

All weekend I tried to get on to the website – which continued to be down – very frustrating. Looking at Jack Wills’ Twitter and Facebook accounts – a load of other people got frustrated too. To be fair, somebody sat in the Jack Wills’ offices all weekend replying to each individual person with the same message “we are trying our hardest to fix. code FRIEND is valid in store & online until tomorrow EOD. Apologies again”.

Unfortunately whoever was responsible for the Facebook page didn’t get the message about the website being down and carried on suggesting that people buy the wonderful new stock – and pointing to the website  – which of course was still down!

The website continued to be down yesterday – or it certainly was when I tried it. The voucher has now run out and there are no signs of it being reinstated. A tweet to Jack Wills got the response to email them which I did early this morning. Unfortunately 7 1/2 hours later I have had no response. Looks like I won’t look as generous this Christmas after all.

Now, this won’t put me off buying Jack Wills – heck we all know that technology doesn’t always work – but I thought it is an interesting example of not so joined up social media marketing. Lessons to learn?

1. Make sure that all your i’s are dotted and t’s crossed before reacting to a situation. Jack Wills shouldn’t have sent out the voucher – until the website had been thoroughly tested.

2. Make sure that the entire marketing department knows about any issues that are occurring. The Jack Wills Facebook page shouldn’t have carried on posting links to their website.

3. If you suggest a solution, make sure you are prepared to follow it through. Jack Wills asked me to email them, but haven’t responded.

4. Consider how you can make it up to your disappointed customers to get them to spend with you.  Due to the 25% off – they would have got quite a big order out of me – now, not so much!

Have you got any examples of not so joined up social media marketing you would like to share?

Jack Wills contacted me today.  They phoned me (a week after the incident) to tell me that they would honour the voucher.  I had bought the original item over the weekend, but to be fair, they refunded 25% of the cost of the item, refunded postage and give me 25% off and free postage on anything I ordered whilst on the phone.  In the end, excellent customer service – but still should have happened quicker 🙂