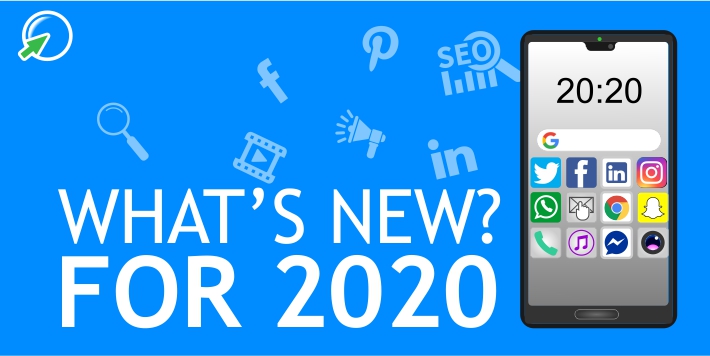 Everything seems to be ‘new’ at the moment. A new year, a new decade, new resolutions and so on. So for our first blog post of 2020, we thought we would look at some of the social media updates, companies are either testing or due to add to their platforms.

It’s fair to say that desktop features have never been top of Instagram’s priorities. It seems that this could be starting to change. The ability to send and receive Direct Messages via the web version of Instagram is being rolled out to a small number of users this month. This is the next stage of the testing of this feature, which started nearly 12 months ago. 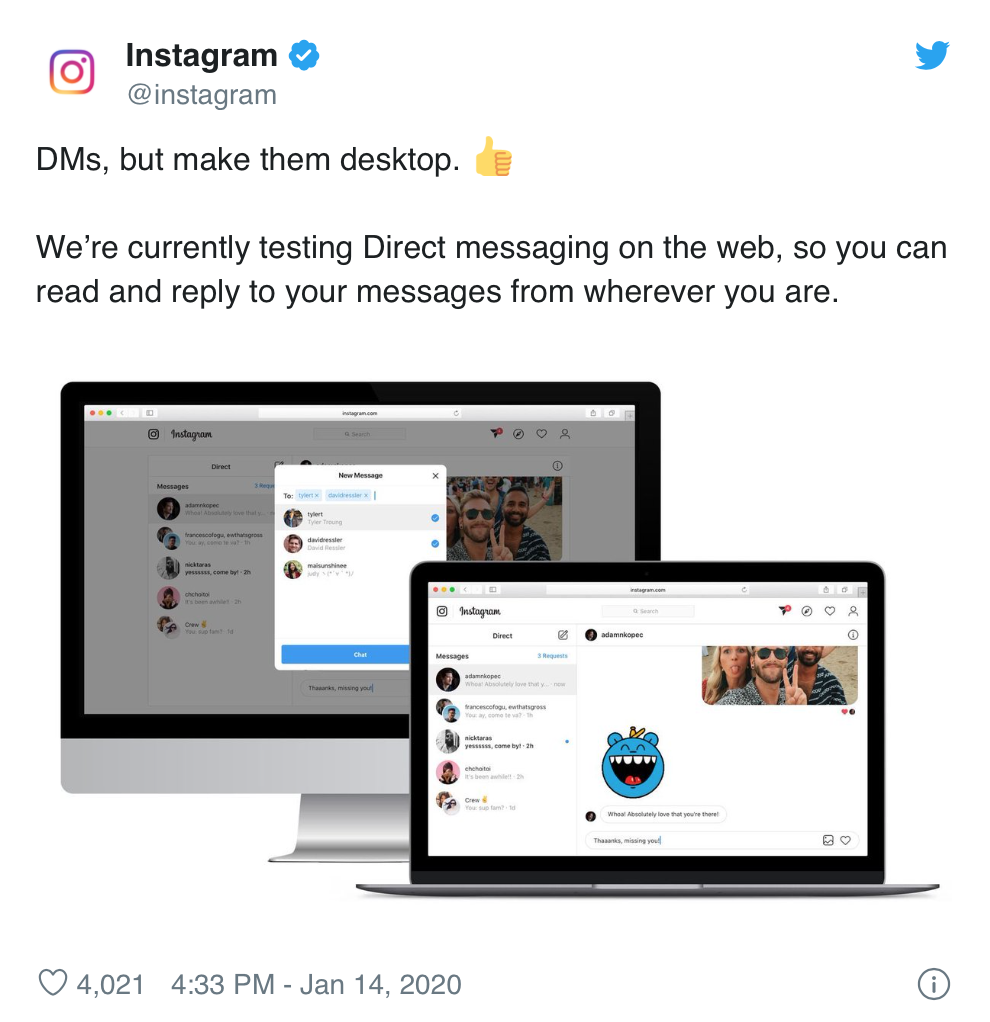 This will be of interest to marketers or brands who are already using desktop versions of other social media channels to make Instagram management slightly slicker.

Instagram appears to be testing a Map sticker, which you could add to your Instagram Stories which will show your Story viewers where in the world you are. It appears that it will only show the country where you are and not go into details such as town or city.

A useful feature for Stories that is being rolled out sporadically is the ability to easily re-share any Stories that mention your profile to your own Story. When you have access to this you will find it in the ‘Create’ option when you are creating a Story.

Twitter’s Explore option could be heading for a revamp. Explore is the feature that is displayed when you click the magnifying glass on the Twitter mobile app. 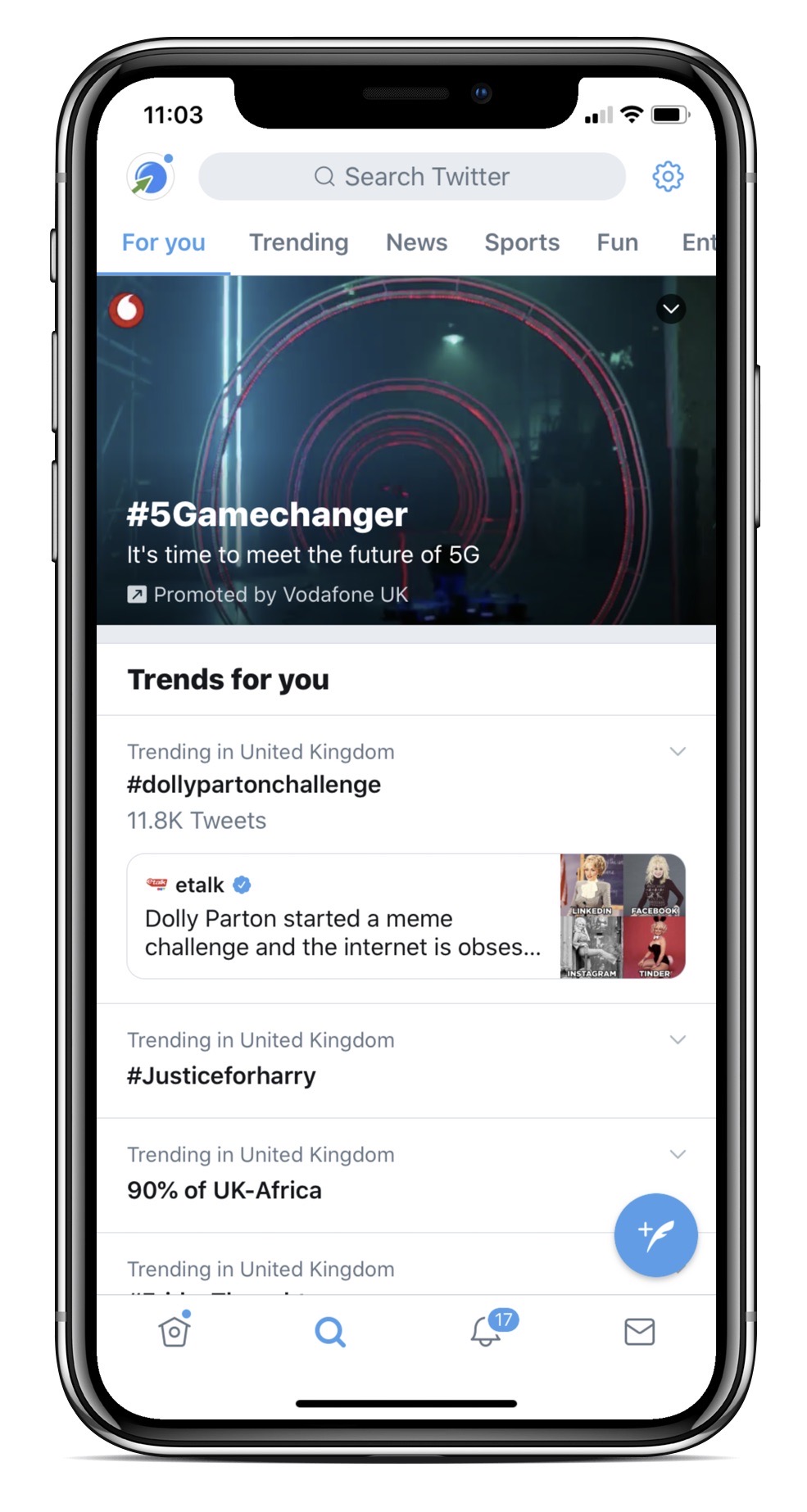 Twitter is asking for feedback from its users on how they use the Explore option. See the tweet below from Twitter’s product designer Martin Craster. 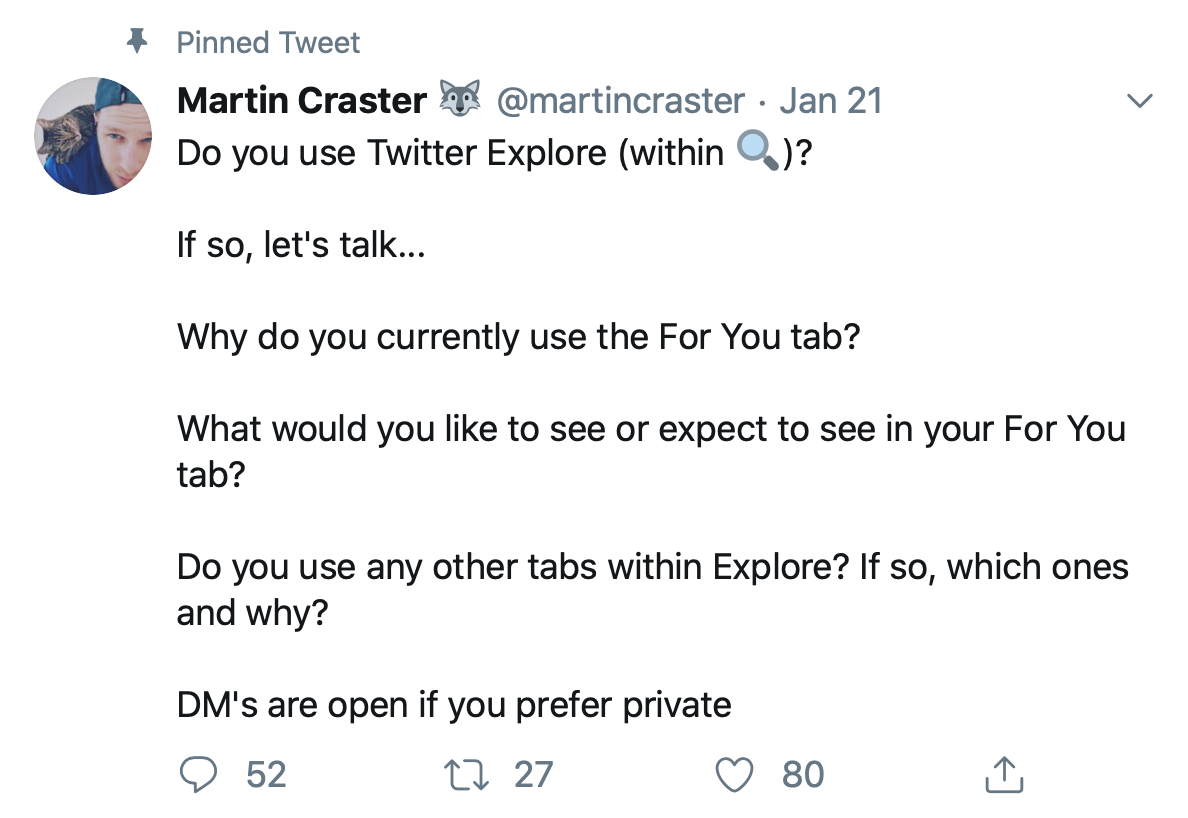 Twitter is testing the possibility of being able to search and follow topics. Topics would include related hashtags and followers. Before you follow a topic, you would be able to see an idea of how many tweets you are likely to see in your Twitter feed.

Twitter is working to ensure that each topic you follow will contain relevant information in its stream. This will be an interesting addition and be great for businesses and brands to follow related topics.

In addition to this, Twitter will start suggesting accounts for you to add to your lists.

This year, Twitter will increase the size of profile photos that are currently limited to 400 x 400 pixels.

You’re in a rush, you type some text and press Tweet only to realise you’ve made a spelling mistake! You have 2 options – leave it as it is or delete it.

Unfortunately, one option that likely will not be added to Twitter in the foreseeable future is an ‘Edit Tweet’ option.  Twitter’s CEO Jack Dorsey recently said that there was a number of reasons for this.

Twitter was originally an SMS text message service and once you press send on a text there is no going back. They want to retain that ‘vibe’.

You could send a Tweet; someone could Retweet it and then later you could edit your Tweet so that the message is now completely different to what you originally Tweeted. The person who Retweeted it may not agree with your new message.

It started to roll out last year, but Facebook’s new desktop layout will apparently reach more users soon. It has been in the works for quite a while, but Facebook are trying to ensure that as many issues and ‘bugs’ are taken care of before all users get access. Some of the features of the new layout include:

Facebook are rolling out an option to include multiple variations of ad copy including primary text, headline and link description.  Using machine learning, Facebook will choose which version to display to an individual user.  This may also reduce the chances of ad fatigue as Facebook will show different headlines at different times.

Have you heard of any new social media updates that interest you that we have not covered in this post? Do let us know in the comments below.